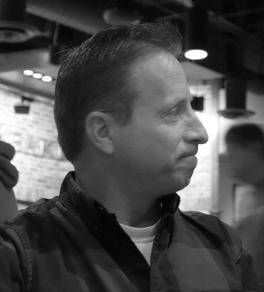 ​​Matt Mooney  studied Engineering at Purdue U. and Graphic Design and Photography at Bradley U.  After school, Matt worked as a studio grip, camera op, audio engineer and then Art Director at WEEK, the NBC affiliate in Peoria IL.  Next stop Chicago, where Mooney became the first Harry Artist in the Midwest.  Harry, designed by Quantel, was the first computer system that provided artists and editors the platform and palette to create digital motion graphics and VFX composites for video.  Within a year the phone was ringing off the hook from Hollywood post facilities.  Matt was off to the west coast where he became a premier compositor and motion graphics artist.  Matt moved up through Harry, Paintbox, Henry and ultimately to the infamous Flame, which has been Hollywood’s Gold Standard for Compositing to this day.  Matt’s focus was on national commercials and music videos for artists such as Madonna, Michael Jackson, Pearl Jam, Elton John, U2, the Rolling Stones and the Red Hot Chili Peppers.

Matt’s demo reel showcases his work from his time in Chicago and Hollywood through current day.  We invite you to give it a peruse.

​​​​Matt Mooney  played a key roll in the creation of graphics/compositing services for each piece showcased in his demo reel.  Many were produced while Matt was employed by WEEK-TV, Polycom Chicago, Limelite Video Hollywood, 525 Post Hollywood, Rhonda Graphics Inc. or Lunacy Post.